Blog » Our Date Night on the Hull Ale Trail

Our Date Night on the Hull Ale Trail 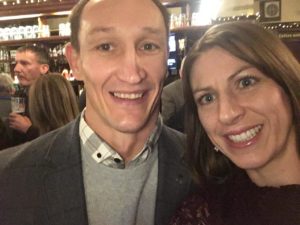 I must admit that, like most parents, spending time with my other half doesn’t happen very often and is quite low down my to-do list. Having 2 young children is a massive strain on any relationship, so me and my husband have decided we need more date nights. Date nights at home are ok, we sometimes get a takeaway and have a film night, but there’s still the kids to get to bed and then clearing up from a day of destruction to do first, and whilst watching said film I’m often thinking about the washing that needs to be put on or if we’ve got enough milk for breakfast.

So we agreed with the in-laws to drop them off on a Saturday afternoon and collect them Sunday morning and have a whole afternoon and evening to ourselves. But what to do was the problem?! I’d almost forgotten what there was to do on a Saturday afternoon other than delivering a child to a ballet/football class or going to a kids attraction. Alcohol and sitting around not doing a lot was always going to feature heavily on this free afternoon so after a bit of thought we decided to head out to do the Hull Real Ale Trail, something we’d heard about but never done before.

We downloaded the free map from http://www.hullaletrail.co.uk/ and planned out our route. We got the bus into the city centre and started out at the first pub, The George, arriving at around 3pm. The pub was heaving! But in a good way, everyone was friendly and chatting away at the bar while we waited to get served. I decided to try having some half’s of real ales and quite liked some of the lighter/pale ales. My husband went for it on pints of real ale. I’d printed off the guide and it says that each pub has a bit of history so we went to see the historical fact about The George, the smallest window! We’d decided to score each pub out of 10 and pick our favourite, The George got a 7 for good atmosphere and nice ale but a long wait at the bar and no seats left to sit down. 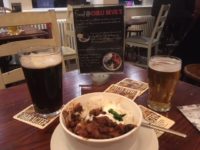 Coming out of there we discovered a new pub that wasn’t a traditional pub and wasn’t on the map. Chilli Devil just serves ale and chilli so we decided to improvise and add another stop in to our route. We had a beer and a bowl of fantastic chilli con carne to line our stomachs for the next few hours. 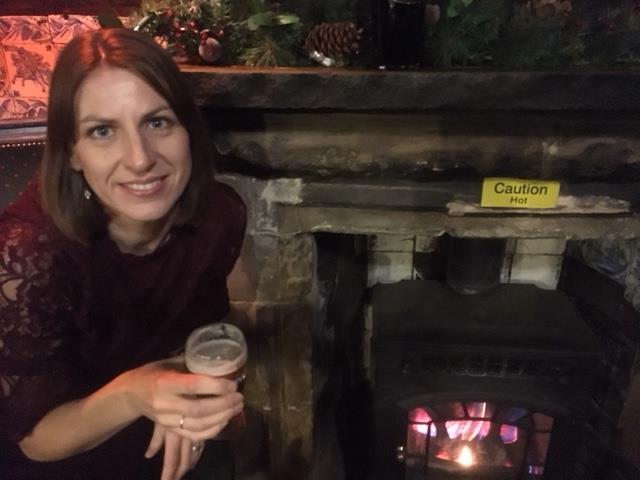 Next stop was the Old White Hart, one of my favourites. I’d never been in before and loved the atmosphere, sitting by the real fire and the ale I had. This one got a 9/10.

Next was the Kingston Hotel but it seemed very busy so we missed that one and found a lovely new pub opposite called BrainJar. They had a fantastic selection of drinks and were serving amazing looking pizzas.

We had to get back on the trail so went next to Walters and Hawkes. Manchester Arms was far too busy (and playing some rather dodgy 80’s music) so we decided to have a break there and go for tea. I’d booked a table at Head of Steam and we had a great burger there, plus a lemonade at this non official ale trail stop!

Revived and refuelled we were back on the trail, going on to Lion & Key, Ye Olde Black Boy and Sailmakers. By now it was 10pm and we were shattered so decided to go back to the favourite pub of the night and call a taxi. Hawkes had got a 10/10 from both of us so we went back and the small snug/recessed seats were free so we ended in there discussing the pubs and what a great night we’d had. 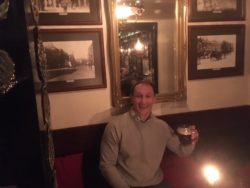 I’ve been out in Hull lots of times (mostly pre-kids!) but hadn’t been to any of these fantastic pubs before. What a set of hidden gems! I didn’t realised I’d walked past so many history-rich pubs before but it was great to see these traditional old pubs busy and popular. I will definitely be going back to some of them next time we get a babysitter and another date night.

I’d highly recommend the Ale Trail for a date night or a night out with friends. Me and my husband managed lots of uninterrupted conversation, some cosy drinks and I also felt like I’d experienced a little bit of history (culture – tick!). Here’s the guide we used, you can find it online here. 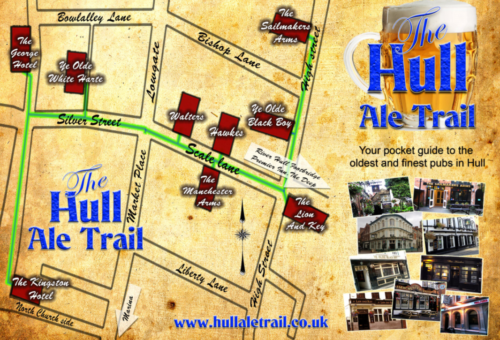 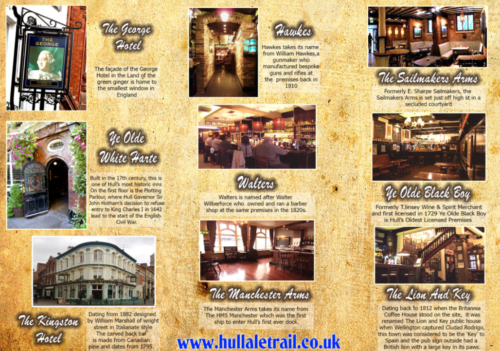