Mumbler’s Day Out at St Stephens!

We had a really good family day out in Hull city centre at the weekend, so good that I’ve written a blog about it!

It was my sons birthday last Friday; being a December birthday it’s often hard to make it special for him and not just drowned out with Christmas stuff. For the past few years we’ve made a tradition of going to the Hull Truck Christmas Show together, they’re usually more of a family show than a festive panto and open early in December so this has been a lovely mum and son activity which we’ve both really enjoyed. This year its Peter Pan! So I decided to tie in a day out in the city centre with the matinee performance at 2pm on Saturday. 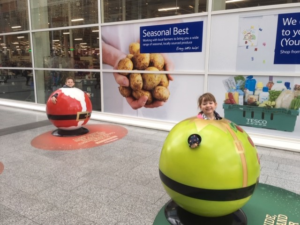 The whole family went into the city centre – me, my husband, both children and my mother! We started by doing some shopping in St Stephens Centre. Firstly my children spent ages playing in the giant balls to be a Santa, elf or snowman! These are near Tesco at the back entrance and can provide entertainment for ages! My son had some money from his birthday to spend so I said he could choose any shop he wanted to spend it in, being a typical 9 year old he instantly chose Smiggle.

I’ve not actually been in the St Stephens Smiggle store before, I have no idea why, its awesome! I could have spent a fortune! Its a treasure trove of stationary themed goodies. They had a really lovely and helpful shop assistant on hand to guide you around the store and suggest items you might like. My son told him his budget, what he liked and together with the assistant we got it down to a short list of items. He eventually chose a very cool pencil case with special hidden compartments and places to put different things (he’s since spent hours at home organising it and hiding things), he also chose to get one for a birthday present for his friend.

Not wanting to be left out or cause an argument, my younger daughter also got a smaller amount of money to spend in the shop. She was going to be doing her first dance show with Flex Dance the next day so, as a treat for doing the show, I let her choose something. She picked a gorgeous water bottle to take to the show. There was 20% off a lot of the items so we got some bargains!! 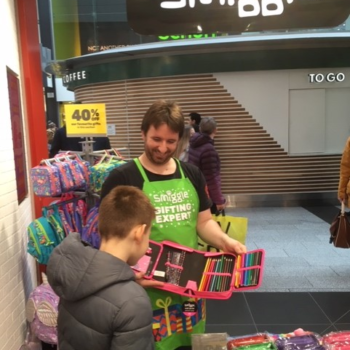 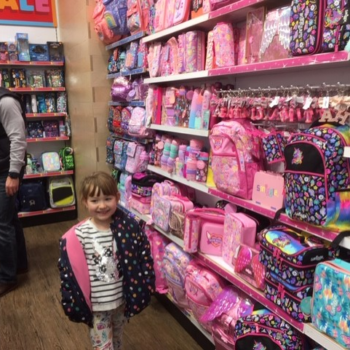 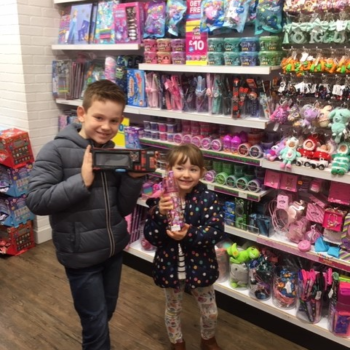 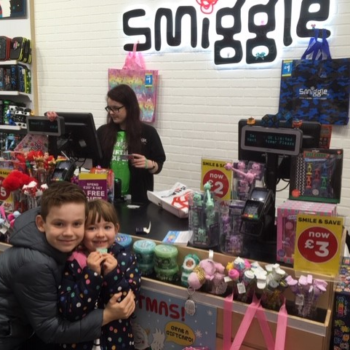 After a quick dash in H&M and New Look for Christmas jumpers it was lunchtime so we headed up to the St Stephen’s Leisure Terrace. We go to Rock Up and Gravity quite often and have tried a few of the food outlets next to them before but we haven’t been to Zizzi since it opened, so decided to give it a try. We were really impressed! The menu was great – pizza, pasta and lots of other choices for the grown ups and a really good kids menu.

The kids menu folded out to have activities and colouring on the reverse side so that kept my two quiet while we waited for the food to come. I thought the kids menu was good value too, 3 courses and a drink for £6.95. My youngest chose the kids menu and my eldest chose a pizza from the main menu. The kids meal starter was veg sticks and garlic bread which went down well, then a really good sized portion of fish goujons, followed by a really lovely looking ice cream. All of our food was good, the staff very attentive and I really liked the décor and atmosphere. My mum said it was one of the best meals out she’s had in ages and has asked to be taken back soon! We didn’t feel rushed and weren’t waiting for too long, we got a very much needed rest before we headed off for more activities! 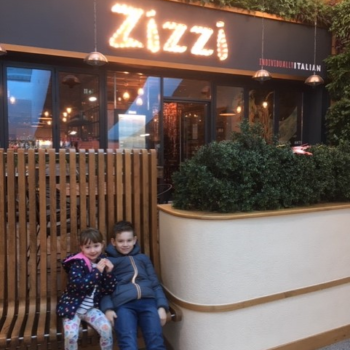 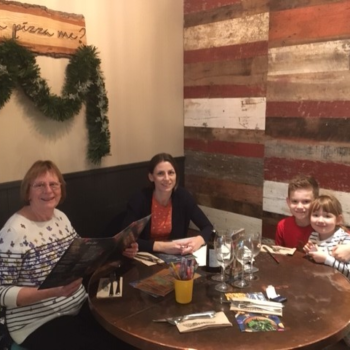 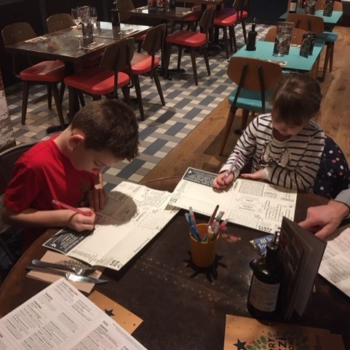 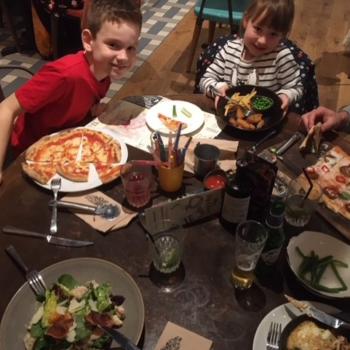 Hull Truck Theatre is right next door to the St Stephens so we were there just a few minutes after leaving Zizzi. The Hull Truck show is aimed at children over 5 so I just took my mum and eldest child to the show, my husband took my youngest child to the Hull Central Library Christmas Malarkey to do crafts and activities instead. In previous years the show has definitely not been suitable for younger children but I did think this years show would have been ok for her. 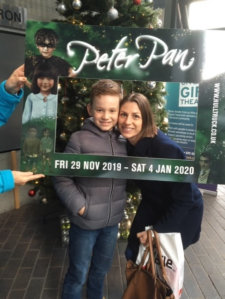 We had a lovely time at the show, all met back up again, had a look at the Christmas lights in the city centre and in St Stephens Centre and headed back to the car shattered!

There is so much going on in the city centre across December, find the one off events on the Mumbler Events Calendar here and the ongoing Christmas activities on Mumbler here.

Park in St Stephens, use it as a base for shopping, activities or food and make the most of Hull this Christmas!

Find out all about what’s on at St Stephens on their website here.

NB This is an Advertorial Blog for St Stephens